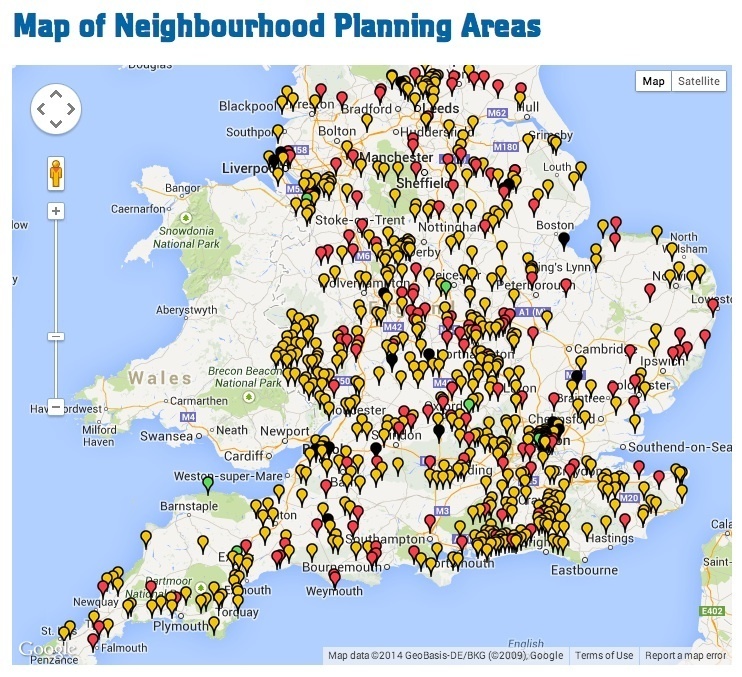 Since the end of March, progress on the Neighbourhood Plan has been largely taking place behind the scenes, so we thought we'd update on what's been happening.

We'll try to post more feedback from the DCLG meeting and the upcoming meeting with the Planners and Councillors, in the meantime here are links to a couple of the urban neighbourhood plan groups that we met:

There are now over 1000 Neighbourhood Plans underway in the country, check out this map of the areas and their current status!

Soon we should be moving into the formal public consultation stage on the Plan area. Watch this space for an updates!