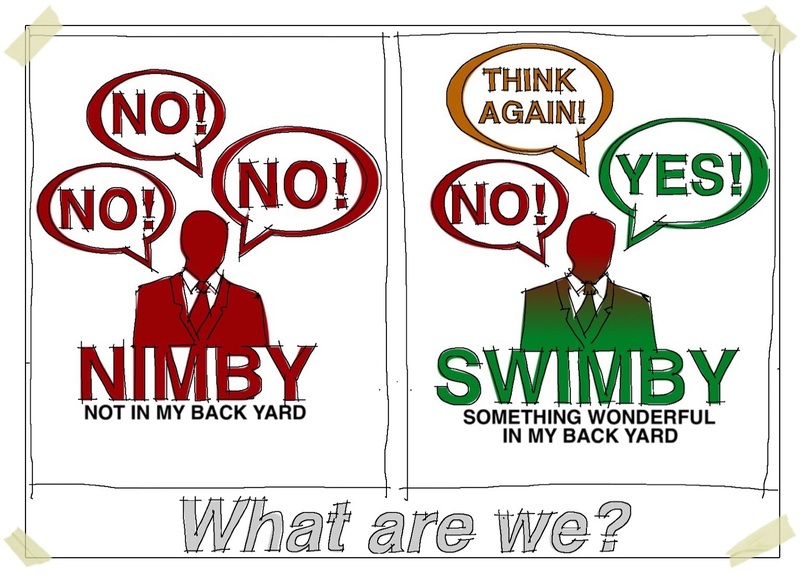 Rob Hopkins of the Transition Network says he's proud to be a SWIMBY. You may be familiar with the term NIMBY, used to characterise someone who will campaign against any changes in their local area, even if the think the changes are a generally good idea ("yes we need more houses, just not where I can see them"). NIMBY stands for 'Not In My Back Yard!'

SWIMBYs however campaign against bad developments, support good ones and try to make those with promise better: 'Something Wonderful In My Back Yard!'

In his blog post, which is worth a read in full (you'll get to see what an urban mushroom farm in a disused office block looks like), Rob argues that Neighbourhood Plans need to "inspire people with possibilities":

"A Neighbourhood Plan can be used as a powerful tool to reimagine the economy of a community, or as a rather insipid thing that focuses on parking and houses without challenging any assumptions. Before embarking on the process, I think groups need to sit down, as it were, to a “Feast of Possibilities”, an inspiring immersion of what’s possible, so they are in a position to really maximise the possibilities of the process."

Food for thought as we start working towards a Neighbourhood Plan for Sneinton.
views