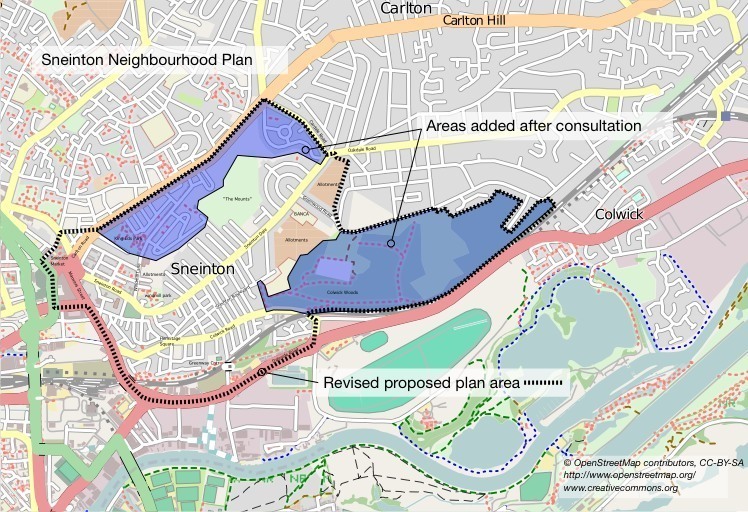 Above: Map of the original draft area put out for consultation in Dec 2013, showing the areas added as a result of feedback received.

The 'Sneinton Elements' area between Windmill Lane and Carlton road is a proposed addition following feedback that this area has strong links with the other areas of Sneinton included. A strong case was also made by Friends of Colwick Woods to include the whole of the Woods area.

The feedback was considered at a public meeting on 18th March, with representatives from the Police, Colwick Woods, OATS, and Cllrs Gul Kahn and Neghat Kahn in attendance.

Consultation will now be carried out on the revised plan, particularly with local groups, residents and businesses in the Sneinton Elements area, before the final proposed area is submitted at the end of March.