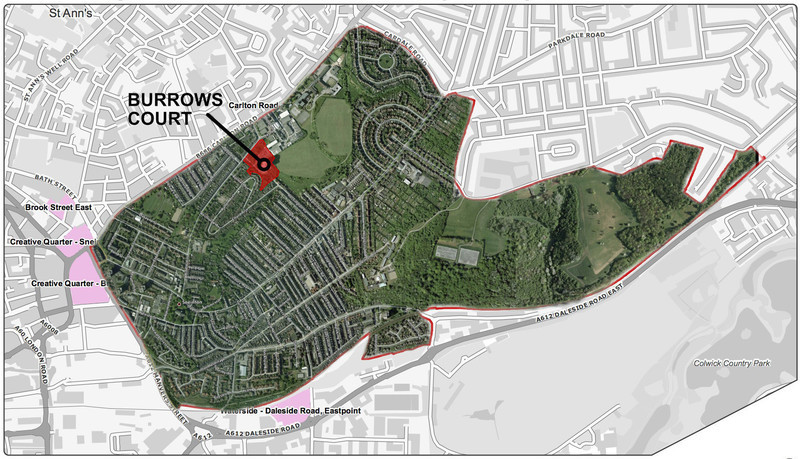 Back in 2016 we wrote about the long and troubled history of Burrows Court in Sneinton, which sits within our Neighbourhood Plan area.

Built in 1967, 21 stories high on a hilltop site and containing 130 flats... Burrows Court on Windmill Lane is by far Sneinton's most prominent building. And yet it has stood empty for over a decade, passed through a series of owners' hands, become an eyesore and a thorn in the side of local residents and hosted fires, squatters, urban explorers and even featured in a gruesome murder case. Read more from our 2016 story...

Since then, property developer Stace LLP have taken on the site, and in 2018 put forward a planning application to build a language centre, 40 additional flats (adding to the 130 flats in the refurbished tower) and around 20 new houses on the land surrounding the tower. Nottingham Post article on the 2018 plans 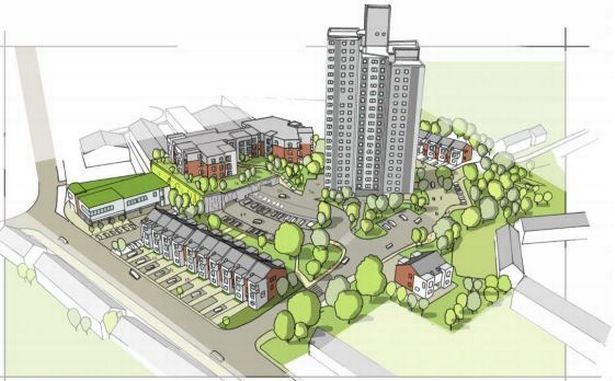 The 2018 application was never decided, and now the developer has put forward revised plans, removing the language centre and adding more houses. Nottingham Post article on the 2019 plans

You can view the plans and make comments: Link to the detailed planning application on the Council's website

Leave your comments below if you'd like them to be considered as part of the Sneinton Neighbourhood Forum's response to the plans.